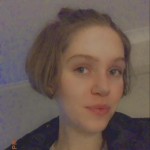 The Czech Republic has a long and rich history, especially the cities as old as Prague. However, one of the most historically relevant areas of the city is the Jewish Quarter, which has evidence of its existence dating back to the eleventh century. The Spanish Synagogue, located in the heart of the Jewish Quarter, is not nearly as historical as some of the surrounding buildings. It was completed in 1868, which makes it almost 600 years younger than the nearby Old-New Synagogue. However, the Spanish Synagogue’s location and mysterious history make it as fascinating as its older neighbors. The Old School or Altschule Before the construction of the stunning Spanish Synagogue, the same site was home to a synagogue called END_OF_DOCUMENT_TOKEN_TO_BE_REPLACED Are you bored in lockdown? Try out these five untraditional spring cocktails using popular Czech liquors that will bring the taste of the season indoors. #1 – Beetroot and Becherovka Anyone familiar with the Czech Republic is familiar with Becherovka. Initially created to help with stomach illnesses, Becherovka is an herbal, botanical liqueur that has been around since 1807. It grew to be a popular digestif and was one of the only goods widely exported to the West during the Communist regime in Czechoslovakia. In modern times, Becherovka is used in many innovative ways. One of the most popular cocktails that utilizes the liqueur is the Beton, a twist on a Gin and Tonic invented in 1967. The following version END_OF_DOCUMENT_TOKEN_TO_BE_REPLACED While walking through Prague, you may find the serene and somewhat intimidating cloaked sculpture sitting in front of the Estates Theatre, or Stavovské divadlo. Named “Cloak of Conscience,” this sculpture was created by Anna Chromý. The most famous version of the “Cloak of Conscience” is carved out of a single block of marble, excavated from the same quarry as Michelangelo’s “David.” It is the largest sculpture ever created from a single marble block, initially weighing a massive 250 tons before carving. Versions of it have been installed in locations such as Qufu and Salzburg, along with Prague. Born in Cesky Krumlov, Anna Chromý became famous for her sculptures. However, her relationship with art began much earlier than her most recognized END_OF_DOCUMENT_TOKEN_TO_BE_REPLACED