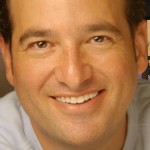 The Astronomical Clock is one of Prague’s greatest crowd-pleasers. Tourists pack in front of it at the top of each hour (from 8am to 8pm only) to watch a short parade of statuette Apostles bow to adoring camera-clickers below. While each of the twelve saints has his turn, eight politically incorrect allegorical figures perform a kind of medieval morality play: The statues on either side of the clock’s upper dial represent the four evils according to ancient society — death, vanity, corruption and greed — represented by a skeleton, a mirror, a Turk and a Jew. On either side of the lower dial are statues representing the gothic city’s four messiahs: reading, writing, arithmetic and religion. The timepiece, which was END_OF_DOCUMENT_TOKEN_TO_BE_REPLACED